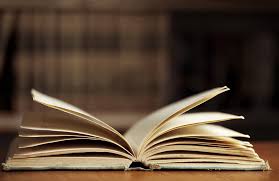 In my first year of college I had an English professor who gave us a short story writing assignment.  I loved writing, so naturally dove in and really poured my soul into it. However, regardless of how great I thought my piece was, I was loathe to turn it in even though it was my best work thus far. My professor noticed my angst. When she asked what was wrong, I told her how nervous I was for anyone to read my story. She told me, “Your book is your baby”.  How right she was! I left it on her desk feeling like I had left a little part of me with her. I felt doubtful, overprotective of my story; ready to defend it from anyone who criticized it, like a mama bear. And I thought; would she understand it? Would she “get” me as a writer?

I always wanted to become a novelist but how was I to do so if I over-scrutinized my work for flaws and could not take criticism, constructive or otherwise? And any time I got an A instead of an A+ on my writing I felt chagrined. As writers we have a complete dependency on our readers (aka critics) so if I were to have a chance in hell to write professionally, I would need to get a thicker skin and have a mind that stayed open to feedback. It is easier said than done,of course. We think our stories are near perfect so how are we to embrace helpful criticism and not lay bleeding over what isn’t ?

Years went by and many stories later I hit a certain milestone in my life where I finally emerged from my theoretical hole to face my fears. Twenty years had gone by since that college English class and thereafter I had written tomes of material, all neglected due to my fear of criticism and rejection. I finally said “Who the hell cares!?” I was going to get negative feedback sometimes. People weren’t always going to get me. And sometimes I would have to go in and change some of the content of my writing while still keeping the integrity of my work true to my style. I needed to learn to grow from exposure, not shrink back into that shell of protection and ultimately, stagnation.

Happily I have published a work of mine recently and true to what I predicted, I received a range of feedback which I used to tweak my manuscript. It took some self-talk and open-mindedness to accept suggestions on my writing but learning to rise above those feelings of uncertainty and protectiveness for my material has been a treasured strength. As writers, each of us has a place in the literary world- there is room for all of us! And our books will always be our “babies” but they have the potential to be our best works if we take the criticism with the compliments as equal in value.

I have been working on a novel for a little longer than I had expected because I tend to over-edit and feel as if what I have written is never enough. I spent much time working on each character’s personality to great lengths. My aim was for the reader to feel as if my characters could walk right off the page and into real life-( a wonderful book on character development is Building Believable Characters by Marc McCutcheon). I fell in love with my characters (what writer doesn’t?) but I felt they needed more dimension-something more. Something different. So I decided to give them a bit of cultural flair for better character development.

I did the research and applied what I had learned into some of my characters and it really made them come alive. For example; I made my main character Gabrielle  live in the 1920’s and  be of Norwegian descent. I had a lot of fun learning about Scandinavia and the cultural habits of that region which I then attributed to her. Gabrielle had lost her parents when young and at the start of the story was living with her cold, irate octogenarian grandmother who only understood the Norwegian language and customs. I learned so much about the language, customs, region and foods of that nation. I found it fascinating. In the novel, Gabrielle exchanged some authentic dialogue with her Aunt Gunilla and we as readers learn a little about her influence on Gabrielle. After her grandmother died, Gabrielle took it upon herself to keep those traditions alive and we often find her cooking up cultural meals, comfort foods like lefse, a Norwegian crepe that is cooked on a special griddle and flipped with a flat wooden stick and filled with cinnamon and sugar. She enjoyed a drink called glogg (pronounced glug) which is a mulled wine with cloves, nutmeg and cinnamon and served warm with almonds and raisins. At Christmastime she would dress in a traditional Norse costume and invite friends over to enjoy the customs of her heritage.

In the latter part of the book Gabrielle goes to live in Great Britain and I made her new family English. I researched into their way of speaking, the accents and jargon that are so intriguing and oftentimes hilarious. Throughout the book, we get to learn along with Gabrielle about British English. (I found a wonderful book on this, British English A to Zed, by Norman W. Schur). My English character, Russell was often found exclaiming things such as “blast” or “I must beetle-off (hurry away) and we find him often drinking champers, which is simply another word for champagne. He fixes things with a spanner (a monkey wrench) and when his beloved boat sunk in the ocean, he exclaimed that it had “Gone to Abraham’s bosom” which meant that it died. He became a charming character, perhaps my favorite in the book who enjoyed drinking (a little too much) out of Gabrielle’s bottle of Norwegian aquavit (a fascinating drink, look it up!). They often spend their time in Bournemouth, in the south of England where wild ponies roam and pebbly beaches abound.

I thoroughly enjoyed delving into maps and cookbooks, languages, history and cultural habits for the development of my characters. It really does enhance writing and builds atmosphere. Ultimately you can become a more worldly writer! I am visiting Norway soon, after I fell in love with it after all my research. I can’t wait. And as I am not quite finished with my novel perhaps I will learn firsthand some more intriguing facts during my travels to apply to my book.

I found myself eager to write my second book, a vignette and experiencing severe writer’s block. I have never had it before- usually my ideas flow easily and plentiful. I realized that my husband was to blame. He likes to shoot ideas at me, juicy situations that readers might like to see in print. This leaves me sitting toiling over the content of my book like a scared novice. I know how I like to write but should I write from the heart or for the sake of marketing my book, that is to say, not being true to my own writing style? My style is what I like to consider as “vintage” and I have always felt I did my best work in this style. It is not contemporary but I am proud of the style and the outcome. So as I started my second work, trying to think like a contemporary for the sake of my husband, I questioned myself. I stumbled and went blank. I worked through it but it felt like some other author wrote it. So I wonder, and appeal to other writers out there-is it best to write for the market or stay true to oneself and hope there is a market for something unique?

The Figure At The Window

It was around 8 pm and I was at the sink filling my kettle for a much-needed cup of tea. I remember the night well, as it was an unusually foggy, misty evening. I was renting a bungalow in northern Norway on the lake of Langevatnet because it was remote and picturesque- perfect for the job that landed me there as a travel writer.

Because my English is quite good, I had come all the way from Oslo a few weeks earlier to write an article for an American magazine about the beauty and mystery of the waterways of Norway. I had left the hustle and bustle of the city to stay near a few of the lesser known fjords. Norway is full of them- they are everywhere you turn.

Just thirty at the time of my tale, I was quite comfortably a bachelor and quite satisfied in my little bungalow. Because it was near the water, it was often misty, as was that night but I had never come across anything unusual before. But that night, as I stood at the window my eyes seemed to be playing tricks on me. I saw a form pass by my window and glide along noiselessly in the direction of the stone bridge. I was not alarmed and I don’t know why but I did not take the form for a person, but rather a wayward reindeer or moose, as I had seen them many times in that region of Norway.

Soon enough, my kettle whistled and I made my tea and put a few more logs on the fire as it was a chilly evening in late October. After my tea, as I was washing up, I noticed out the window that the fog had shifted enough to reveal a figure of a person on the bridge.

I was tentative and nervous as I threw on my heavy woollen coat and made my way outside towards the figure. I soon saw it was a lady but she was nearly obscured by the fog with her light blue coat and pale blonde hair.

She was standing up on the stone side of the bridge, her back facing me. As stupid as I was (or what I would like to consider as naive) it did not occur to me what was actually in progress until I saw her step off of the side.

The splash of water snapped me out of my stupor and I threw off my jacket and jumped in after her. The icy water knocked the wind out of me. It stung and bit at my flesh and I could not see for the fog and dark but I was able to follow the sound of her distress. I grabbed hold of the unwilling girl and pushed her onto the dry embankment. She lay still but breathing and I assumed she had fainted. Gathering her up in my arms, I carried her up to my bungalow.

Inside, I laid her down near the fireplace and unbuttoned her soggy coat, peeled it off of her and tossed it aside. Then I covered her in a rough woollen blanket.

“Miss?” I said softly and shook her lightly. Her face and hair were as pale as the fog but her lips were blue with cold and she had a flush in her cheeks. I shook her again and a pair of light blue eyes flickered open and looked upon me.

For the complete vignette, please click the Amazon box below.